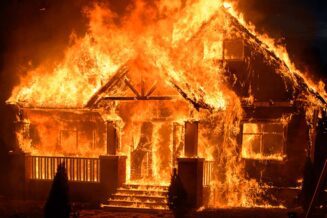 You may not believe that fire safety would include cleaning the lint from your dryer and dryer duct, but every year over 246 million dollars in damages occur due to dryer fires. In fact, dryer fires are the cause of 290013820 fires a year as reported by The National Fire Protection Agency. 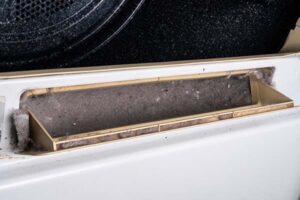 How Does a Dryer Fire Happen?

Clothes dryers can catch on fire when the lint blocks the airflow of the dryer duct and prevents the air from being vented out. The lint begins to build up and be blown throughout the dryer. It eventually makes its way to the heating element of the dryer and quickly ignites. Lint is extremely flammable and has often been used as a firestarter for camping. When it ignites, the fire will quickly spread, and the additional trapped lint fuels the fire.

Preventing dryer fires begins by maintaining proper cleaning of the lint filter. The filter should be cleaned between each use of the clothes dryer. This will help to keep the proper airflow that the dryer requires and reduces the amount of lint that can get caught in other areas of the system. When cleaning the lint trap, be sure to also check around the pocket of the trap for lint that has become stuck.

Next, look behind the dryer where the dryer duct vents out of the back of the dryer and also where the duct goes into the wall. Both of these areas should be cleaned every few months to ensure the vent doe

Finally, you need to make sure the outside vent is free of all lint debris. This is a common place for the lint to gather and block the airflow. These vents could be on top of your roof or on the side of your home. When Baker Roofing & Construction performs a roof inspection, we always pay close attention to dryer vents. Below is a video that can show you just how blocked a vent can become without proper maintenance.

How to Clean Your Dryer Ducts 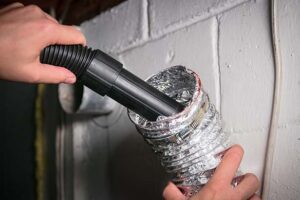 When cleaning the dryer ducts, we recommend using a vacuum to remove the built of lint from the inside duct. Use the vacuum wand attachment to thoroughly clean the vent duct. Do not forget to clean the machines’ outlet and also the wall inlet. Using a nylon brush can further help to break the lint away from the duct.

However, the duct inside the wall should be cleaned by professionals. Duct cleaning should be done annually to keep the system working correctly and prevent dryer fires.

See these tips from FEMA